Erica Digap, BS, CN
The History And Benefits Of Ashwagandha 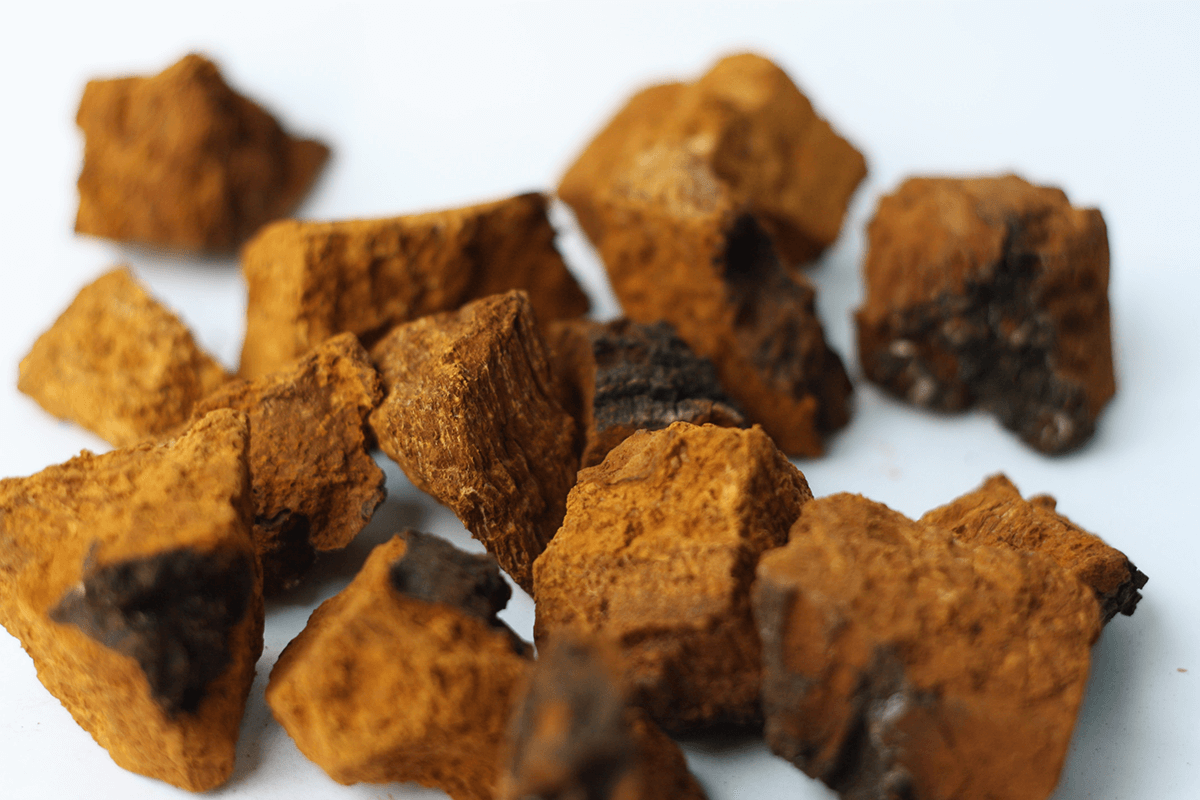 One of the world’s most ancient medicinal herbs, ashwagandha, is proving to have very valuable applications in the 21st century.

Ashwagandha, or Withania somnifera, has been used for centuries in Ayurvedic medicine as a means to improve memory, sharpen focus, and fight off fatigue.

Nowadays, many people are finding that this ancient herb is part of the answer for better brain function and stress management in a busy, high-pressure world.

Let’s take a look at the history of ashwagandha, its use in ancient medicinal practices, and how it can be used today as an adaptogen and as a brain-boosting nootropic.

The History of Ashwagandha

Ashwagandha, which is also known by other names like winter cherry and Indian ginseng, has a long and established history as a medicinal herb with therapeutic properties.

It is one of the most important herbs in Ayurveda, an ancient Indian medicinal practice that originated over 3,000 years ago (1).

This ancient practice emphasizes holistic health and balancing the mind, body, and spirit.

Practitioners of Ayurveda believe that illnesses can stem from imbalances and stress, and often use medicinal herbs to support other healthy habits.

So this is especially pertinent when it comes to ashwagandha, an herb that is best known for its stress-relieving properties. In fact, it is even classified in Ayurveda as a Rasayana, or “rejuvenator. (2)”

In Ayurveda, the powdered root of the ashwagandha plant is used in conjunction with other practices like yoga, meditation, and healthy diets as a means to boost energy, manage stress, and improve brain function.

As it turns out, this was for good reason. Modern research is proving that the benefits of ashwagandha are scientifically proven.

In fact, its benefits may be even more pertinent in today’s stressful, hectic world than ever. 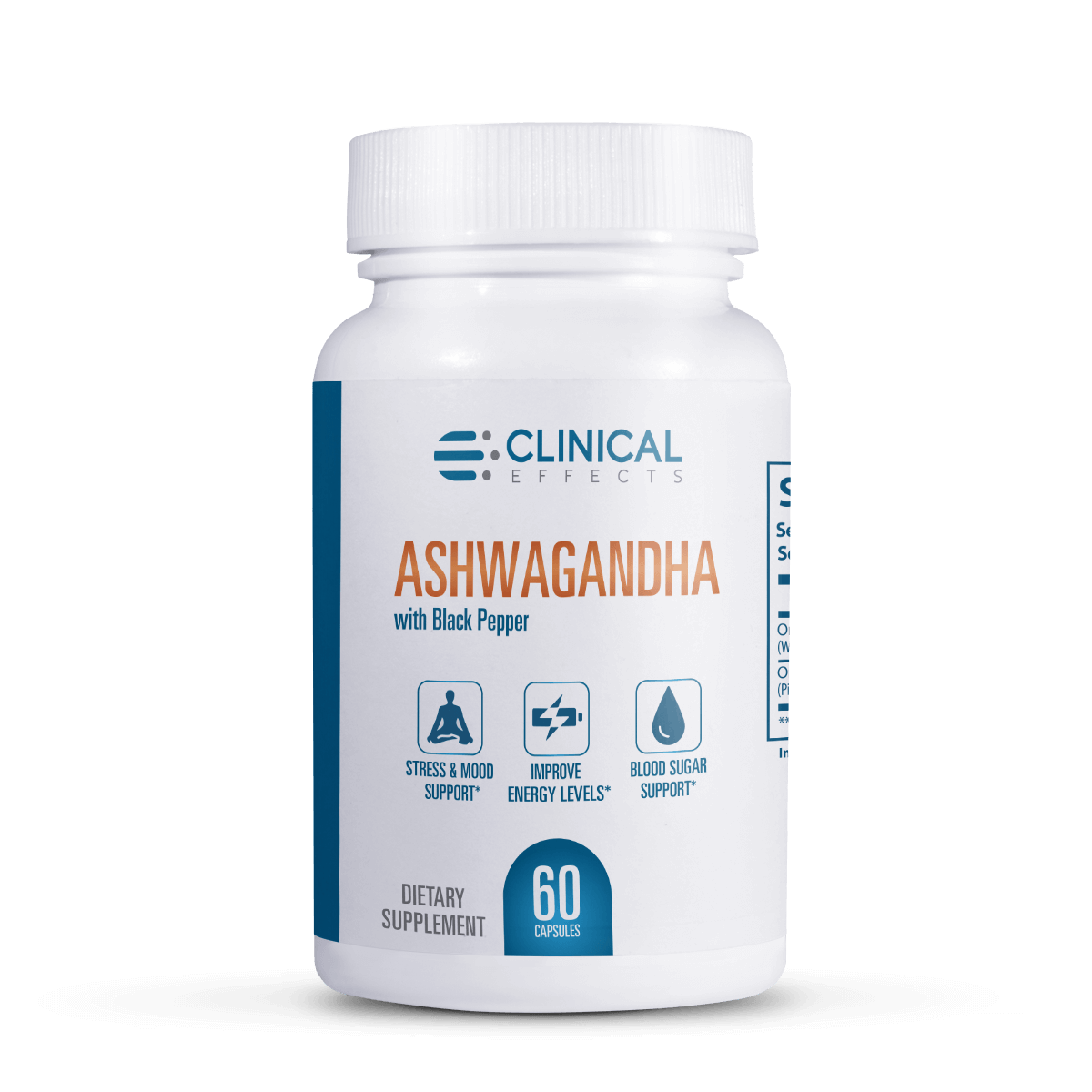 The Benefits Of Ashwagandha

Ashwagandha is now classified as an “adaptogen.” This means that it is an herb that can help you manage the effects of stress on your body.

This can do a world of good for your body and your mind. Taking ashwagandha can help:

Taking ashwagandha regularly can help. One study evaluating the effectiveness of ashwagandha found that adults who took the adaptogen reported significantly lower levels of stress and anxiety, as compared to people who took a placebo pill (3).

Your “stress hormone,” cortisol, can become elevated in high-pressure and anxiety-ridden situations. If left unchecked, this excess of cortisol secretion is responsible for many of the physical effects of stress like weight gain and high blood pressure (4).

Luckily, those stress-relieving properties of ashwagandha are more than just in your head. That same study that showed that participants who took ashwagandha reported lower levels of stress and anxiety also proved that the herb lowered cortisol levels.

Based on animal studies, there’s some evidence that ashwagandha can reduce inflammation in the body, which could potentially be helpful for a variety of ailments (6).
Improves hormones: Besides cortisol, taking ashwagandha to manage your stress can also affect your sex hormones, especially in males. Ashwagandha has been found to improve testosterone levels in men with stress-related fertility issues, which could be good news for anyone who is struggling to conceive (7).

There’s more research to be done, but the initial studies are proving that ashwagandha has definitely earned its spot as one of the most well-known and widely used adaptogens in ancient medicine!

Applications In The Modern World

Nowadays, one of the most common uses of ashwagandha in the Western world is for its nootropic benefits.

Nootropics are a variety of dietary supplements and adaptogenic herbs that are thought to help boost your cognitive function.

Many people use nootropics to fight “brain fog,” a frustrating phenomenon in which you can’t seem to concentrate or focus. Others use nootropics to give themselves a safe but competitive edge in the workplace.

Many people blame their low energy, mood, and focus on adrenal fatigue, a phenomenon in which your adrenal glands become “depleted” due to extended exposure to stress. In other words, allowing yourself to stress out too much and having your cortisol levels high for too long can eventually lead to cortisol levels that are too low.

Because ashwagandha has been proven to lower cortisol levels and manage your stress response, it is often used as a means to boost cognitive functions like memory, learning, focus, and mood. When used regularly, it can keep your adrenal glands functioning normally even in the face of constant outside pressure.

It could even have applications for your weight management! Elevated cortisol levels can lead to “stress eating,” which increases your calorie intake for the day. It can also lead to increased fat accumulation, especially around your midsection. So getting a handle on your body’s stress response by using an adaptogen like ashwagandha can indirectly help combat stress-related weight gain (8).

The most convenient way to take ashwagandha regularly would likely be to use a daily ashwagandha supplement like Organic Ashwagandha from Clinical Effects. It is also a common adaptogenic ingredient in many other nootropics (9).

It’s important to stay consistent with your ashwagandha supplementation. You should also combine it with a healthy diet and exercise routine for the best results.

In Ayurvedic medicine, staying healthy means paying attention to every facet of your wellbeing from your body to your mind.

This is evidenced by the use of ashwagandha and how it can have very real applications in the 21st century and address some of our most common modern-day health woes.

If you're ready to take control of your health and are looking for an all round supplement that can be your nutritional insurance - say hello to Cinical Efects Organic Ashwagandha.

This ancient root is mixed with Black Pepper for better absorption to help balance your mind and body quickly.

Within 2 weeks of taking their product, you will start seeing visible results in your energy and immunity levels. With a 90-day unconditional money back guarantee, Clinical Effects Organic Ashwagandha gets our number #1 recommendation.